The 2017 Spring Budget delivered by chancellor Philip Hammond on 8th March was no overly kind for Small to Medium Enterprises (SME’s). Despite Mr Hammond’s pledge to make the UK “the best place in the world to start and grow a business”, increases to national insurance contributions and the reduction in the dividend tax free allowance will result in additional tax burden for entrepreneurs and the self-employed.

In addition, the Budget’s tax changes were “not in line with the priorities of small business, as a pre-Budget survey had identified income tax reduction as the top priority for businesses. So all in all a “mixed bag” for SMEs, especially with the chancellor’s decision to delay the introduction of Making Tax Digital for business with turnover below the VAT threshold.

The Spring Budget appears to prioritise the needs of big business over those of SMEs and start-ups, yet the chancellor stated it is the government’s ambition for the UK to be the best place to start and grow a business. With SMEs making up 99% of the private sector, this is surprising.

The lack of news about the appointment of the Small Business Commissioner caused disappointment. It had been said that the position will be filled later this year, but who are the government interviewing? It would also have been good to have been provided with further details on the powers they will have, particularly when it comes to tackling the late payment epidemic that is crippling millions of organisations, an issue that should perhaps have been addressed as a stand-alone item in this Budget.

The Chancellor of the Exchequer, Philip Hammond, delivered his first Budget against a backdrop of a more-buoyant-than-expected UK economy post-Brexit and improved tax receipts. Set against these were concerns about funding the NHS and social care, and the impact on business from changes to business rates.

So in summary here are some of the key business related points taken from the Spring Budget 2017:

If you want a more detailed consultation on how the budget announcement affects you and your business then contact us here at Magpie Accountancy. 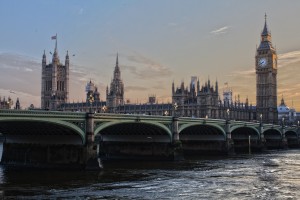