The government has caved into pressure over Making Tax Digital and has delayed rollout by ‘at least’ two years until 2020 with the deferral confirmed by the Treasury, although quarterly VAT reporting using the system will be mandatory from 2019. The original plan from the government and HMRC would have forced the smallest businesses and sole traders to start quarterly reporting from April 2017, but those below the VAT threshold (currently £85,000) will now be exempt from requirements to quarterly report until the government can reassess the plans.

Under the reformed timetable, only businesses with a turnover above the VAT threshold will have to keep digital records, and only for VAT purposes, starting from 2019. Businesses will not be asked to make the switch to MTD and update HMRC quarterly for other taxes until at least 2020.

This will leave HMRC with a hole to fill as it had expected Making Tax Digital to generate an additional £500m in tax revenues a year, although many tax experts doubted whether this could be achieved, unless there was widespread abuse of the current system which the new digital reporting closed down.

The deferral will give more time for testing the system and HMRC will start the pilot for Making Tax Digital for VAT by the end of this year – this will give the tax profession time to test run a year’s worth of reporting before the VAT system goes live.

While still wholly supporting the MTD initiative as a necessary move to modernise and streamline the tax system, the Treasury accepted the need to slacken the timetable and mandation around MTD in order to ensure businesses are able to comfortably transition. This means that the smallest businesses and landlords will have the option to voluntarily make the switch to digital record keeping at their own pace before it becomes mandatory in no sooner than two years.

In this initial phase of MTD, businesses will not need to provide HMRC with information more regularly than usual, as VAT already requires quarterly returns.

Early responses from industry have been welcoming of the more relaxed MTD timetable. Businesses agree that digitising the tax system is the right direction of travel. However, many have been worried about the scope and pace of reforms. This deferral will give much more time for businesses, supported by their advisers, to identify for themselves, at their own pace, the benefits of digital record keeping. It will also ensure that many more software products can be developed and tested before mandation is reconsidered. 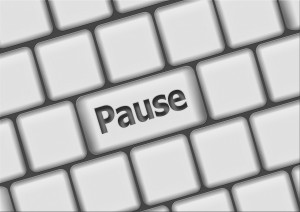