Home » Blog » Uncategorized » Dividends can be as easy as A, B, C

ABC shares are useful because income by the way of dividends can be voted separately for each class of share, so avoiding the use of dividend waivers. HMRC often say that this is evidence of what they claim is tax avoidance, but there is often very little that they can do about it. They simply do not have the power to alter a company’s share structure or shareholdings, or do they?

If shares are gifted, the employee will also be taxed on the market value of the shares gifted, unless an election is made to tax them under the restricted securities rules (these usually means that they have a higher value). There is the argument that most shares in small private companies are not readily convertible assets, there being no stock exchange where they can be traded. Rights may be limited and the transfer of such shares can be vetoed by directors. This restricts their market value. Lack of space prohibits a fuller discussion of valuation of employee shares in this article.

Although Revenue Officers may “huff and puff” about SME owners and their dividend income, it remains as dividend income, and directors can vote themselves whatever size dividends they like.

Care should be taken when new directors are taken on board, and ABC type shares are issued to them. Parents setting up companies with minor children as shareholders are also caught by specific settlement legislation. This means that although the children are the shareholders, the income is assessed on the parents who create the income through their own efforts.

Waiving a dividend can also involuntarily make you into a settlor, as you are forgoing your income in favour of another. To be successful a dividend waiver has two elements; it must be made at the start of the financial year, before there is any indication of future profits. It is a deed and should be properly witnessed (by a lawyer) and the actual dividends paid out must not totally deplete all available profits for distribution. Such profits should remain that mean that if that shareholder had not waived his entitlement, all shareholders could have been paid out in full. It is then possible to argue that there is no settlement, as the waiving party’s share of the profits are still within the company and have not benefited any one or more person.

The most straightforward alternative is a partnership or Limited Liability Partnership. The flexibility is given by changing the partnership profit shares year on year. The Settlement provisions apply likewise to partnership income, and so care is required when advising married couples and income cannot be diverted to minor children either.

It seems to me that LLPs are not used more widely merely because they are still a bit of an unknown entity to many accountants, and the Limited Company route is preferred because it is just that little bit more tax efficient. It is certainly the best route if you are worried about either ABC shares or dividend waivers, you can’t buy peace of mind. 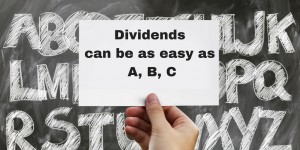