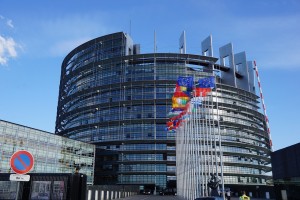 With less than two months to go until the nation takes to the polls, a large number of us are still unsure how the in/out Brexit decision will affect the nation. So here we have tried to give you a rundown of the pro’s and con’s without the spin and political ping-pong, which might help you with what is a personal decision and one that should be based on facts:

Estimates suggest the total economic cost of EU membership is around 11 per cent of our annual GDP, which makes it something like £200billion. Brexiters say this money would be better spent on new British industries and scientific research.

The EU is one of the world’s largest markets, accounting for 25 per cent of global GDP. It is also our biggest trading partner. Currently, 45 per cent of the UK’s exports are to the EU, while 50 per cent of imports are from the EU. Our membership of the EU makes us a more attractive destination for foreign investment. The pro-EU camp say this access to the EU market balances out the £200billion cost of membership.

Without the EU, Britain can independently pursue international trade deals with China, India and the USA. Most Brexiters see the EU as an over-regulated, bureaucratic burden. Leaving, they say, would allow the UK’s government and financial authorities to design a framework that is more suited to our needs.

Immigration is a contentious issue and without doubt the most charged topic in the referendum debate. One of the EU’s founding principles is the free movement of people, as well as the free movement of goods, services and money. Because of this, the UK has no control over immigration from other EU member states. Brexiters believe that health and benefits tourism from other EU citizens (where people visit or migrate to the UK because of our welfare system/NHS) and the issue of how to regulate welfare for EU migrants was one of the main sticking points in David Cameron’s recent negotiations with EU leaders. However, the Prime Minister has secured a ‘brake’ period of seven years on EU migrants claiming benefits, which would reduce the number of people potentially abusing the system.

People in favour of the EU also argue that immigration also creates a more diverse national culture. Plus, staying would mean the 1.4million Brits currently settled in other EU member states wouldn’t need to move back or get visas.

The EU has introduced many directives which undoubtedly help British workers and protect our rights, these include:

Most of the UK’s food standards laws originate in the EU, meaning many potentially harmful additives are banned from food. This is why the ingredients lists for some of our food is a lot shorter than their equivalents in the US, for example. As well as this, the EU banned animal testing across the union, and EU-wide animal welfare standards have been imposed since 2012.

It’s estimated that around three million UK jobs are reliant on the EU – although it’s not known exactly how many would be in jeopardy if we left.

It’s easier than ever for us to get away, with visa-less travel across the EU. Our driving licenses are also valid in all EU countries, and we can work anywhere we want without having to apply for a work visa.

And finally, we “get a seat at the table” – As a member state, we get to have a say. If we stay in the EU, we will continue to be able to have our say on regulations and decisions.